Many Paths, One Way 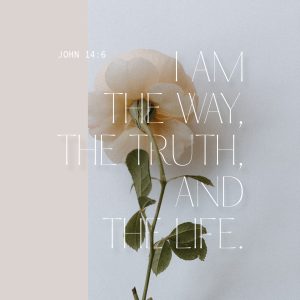 John 14:6 Jesus said to him, ‘I am the way, and the truth, and the life. No one comes to the Father except through me.’

The many paths of Lutheran educators recently converged in ‘the world’s tenth most liveable city’ for the ACLE conference.

As Lutheran educators, it’s true that we have come from so many different areas, circumstances, experiences, and backgrounds. That’s also true for the students and families we serve.  Our many paths converge in this thing called Lutheran Education.

We rejoice that these many paths bring so much value and richness to our communities. However, that is not where the story ends because Lutheran Education has Christ at its centre. Our many paths converge in One Path, called Jesus Christ, our Lord and Saviour.

Jesus’ 12 disciples, to whom he is speaking in our text, had also come from many paths. We know about a few of them. Peter, James, and John were fishermen, Matthew a tax collector, Luke a doctor, and Simon a zealot in a Jewish political faction. We see Jesus drawing these men together onto one path. Mark describes that path when he notes that Jesus appointed the twelve, ‘to be with him, and to be sent out to proclaim the message’ (Mark 3:14).

We see the disciples walking that one path with Jesus in his earthly ministry. We also hear them arguing about which one of them was the greatest, lobbying for prominent positions in God’s kingdom, and succumbing to doubt, fear, uncertainty, faithlessness, denial, and betrayal.

The sad fact is, as children separated from our heavenly Father, we have all become ‘lost’ – also separated from the path he has planned for us. The sinful human heart cannot, by itself, ‘ascend to the holy place’. Rather, it is always inclined to seek and to go its own way.

That human inclination is even legitimized and celebrated in popular songs like, ‘I did it my way,’ and, ‘You can go your own way,’ and elsewhere in comments like, ‘Tread your own path,’ and ‘Follow your dreams.’ The reality is that our own paths do not and cannot deliver what they promise, or what we may hope.

The good news for human beings is that Jesus does not just call us to choose his way instead of our own. (He knows that our sinful human hearts cannot do that.) Instead, he addresses the problem of human sinfulness by becoming ‘the Way’ back to an eternal relationship with God, our Father.

The Son of God enters our fallen world as a human being. He humbles himself and owns our fallen and failing human natures as his own. He walks the ‘Via Dolorosa’ – the ‘Way of Suffering’ – not just a physical path on his way to the cross, but a way that involves his entire earthly ministry.

He ascends the mountain of the Lord, not Mt Zion, the place of the temple, but Mt Calvary, the place of the cross. There he takes the penalty we deserve for our self-centred journeys and inclinations. He dies for us. That ‘Way’ is complete with his victorious resurrection from the dead and his glorious ascension to the Father’s house.

Jesus makes it plain that this ‘Way’ is not just his path. Whatever path we have travelled, he wants this path to the Father’s house to be OUR path. He tells us what he most desires for us, saying, ‘I go there to prepare a place FOR YOU, I will come again and will take YOU to myself, so that where I am, there YOU may be also.’

All people can be brought from our lost condition and onto that ‘Way’ as a gift by faith in Jesus and by our baptism into him. The 12 disciples received this gift, and their early Christian movement became known as ‘The Way’. Their mission was to proclaim that ‘Way’ to all the world.

What does this mean for us as Lutheran educators?

First, it reminds us that, whatever paths our lives have travelled, or to whatever selfishness, doubt, fear, uncertainty, faithlessness, denial, or betrayal our sinful natures have succumbed, Jesus offers his forgiveness and calls us to receive him as ‘The Way, The Truth and The Life.’

Second, it means that we are part of the most important mission on earth!

We have before us an amazing privilege and opportunity – to introduce those in our communities to the One who said, ‘I am the way, and the truth, and the life. No one comes to the Father except through me.’

The ‘Way’ or ‘path’ upon which our ‘many paths’ converge is a person – The Person – through whom God, in his love, desires to lead all people to ‘the Father’s house’ – to our real ‘forever home’ with him.